Skip to Content
Home / ATTUALITA' / We will meet again

As we all know on September 8th 2022, Her Majesty, Queen Elizabeth II passed away. Her reign lasted 70 years after she was crowned on June 2nd 1953.

Her death closes an era and opens a new one that sees Charles, her son, as King of England, Prince William and Kate Middleton Duke and Duchess of Cambridge and Cornwall.

The funeral was held at Westminster Abbey in London, the historic church where Britain’s kings and queens are crowned. The procession began at 11:00, with the Queen’s coffin travelling to Wellington Arch in Hyde Park before being transported to Windsor Castle in a state hearse.

The funeral was a state funeral which is typically held for a king or queen and follows strict rules of protocol. A military procession carries the coffin to Westminster Hall and is followed by a period of lying-in-state, and a service at Westminster Abbey or St Paul’s Cathedral.

In the main procession, there were thousands of members of the army forces such as the representative detachments of Commonwealth forces, the Army, the Royal Navy, the Royal Air force, Chaplain of the armed forces, the kings of arms and the Royal Household.

There were also her family members, the Duke of Wessex and Forfar, the Duke of York, Princess Royal, King Charles III, Peter Philips, her grandchildren Harry and William, the Vice Admiral Sir Tim Laurence, the Duke of Gloucester and the Earl of Snowdon.

A flower wreath sat on top of her coffin. This floral composition was traditionally sombre, in green and white tones, but this time the flowers reflected a flag and it was quite colorfull. Charles selected the wreath, and he ensured that it was sustainably scourced.

A more traditional wreath of white flowers accompanied the Queen from Balmoral, via Edinburgh, to Westminster Hall.

Her Majesty will be buried with Prince Philip in the King George VI Memorial Chapel, in Windsor.

After her passing, there were huge queues along the banks of the river Thames, where people waited to pay their respects to the Queen; it went from Westminster Hall to Southwark and for three miles in Southwark Park.

Thousands of people visited her coffin in the days following her death and the last person who visited was Chrissy Heerey, a serving member of the RAF from Melton Mowbray. Ms Heerey said, “I just felt very honoured that I had the opportunity to be able to go in there and see her and say my farewell.”

Another visitor said that everybody just wanted to come together and be happy and peaceful and talk about memories.

Queen Elizabeth II was a real icon, symbol and a constant in people’s life. She will always be remembered as the longest serving-monarch in Britain’s history, the glue that kept the nation together.

“The grief of this day, felt not only by the late Queen’s family but all round the nation, the Commonwealth and the world, arises from her abundant life and loving service – now gone from us,” said the Archbishop of Canterbury, Justin Welby, “Service in life, hope in death; all who follow the Queen’s example and inspiration of trust and faith in God can with her say: ‘we will meet again,’”

On top of the Queen’s coffin sits the Imperial State Crown, a crown made of 3000 stones, including diamonds, sapphires, emeralds and rubies.

Originally it was made for her father, King George IV, and was supposed to be lighter than the previous one, but it still weighs 1,28kgs.

“You can’t look down to read the speech, you have to take the speech up because if you did your neck would break”, explained Her Majesty.

It all started when, at 18 years old, she was gifted a corgi, Susan. She was her companion for nearly 15 years, and she got up to all sorts of things, from gatecrashing her honeymoon to being smuggled in the royal carriage after her wedding. The Queen and Susan were inseparable, and after her followed 14 generations of Windsor Premboke corgis.

The corgis went where the Queen went – from the palace to palace. This included helicopters, trains, and limousines. At Christmas at Sandringham they each had their stocking, filled by the Queen herself.

3-She has two birthdays

Queen Elizabeth II was born on April 21, 1926, but official celebrations don’t take place until the second Saturday of June — a tradition that was started in 1748 by King George II. He was born in November and because the weather wasn’t good for public celebrations, he decided to have a second birthday at a better time of the year.

4-She had a great sense of humour

She once met two American tourists in Scotland while walking. When the tourists asked if she lived locally, she mentioned that she had a house nearby, and when asked if she’d ever met the Queen she simply pointed at her security guard and said, “No, but he has!”

5-She owned all swans and dolphins in UK waters

As early as the 12th century, the British monarchy laid claim to “all mute swans” in the country, according to the official royal family website. Back then, the birds were considered a delicacy.

Today, the Queen doesn’t eat those swans, but she technically still owns them. Every year, the Queen’s Swan Marker leads a multi-day census called the Swan Upping to count the birds and check up on their health.

Plus, thanks to the 1324 statute, the Queen can also claim ownership of all “fishes royal” — that means any sturgeon, dolphins, whales, and porpoises that reside in the waters around the UK. 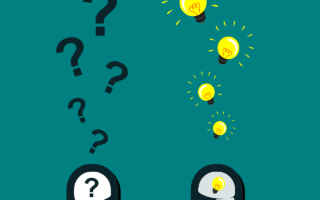 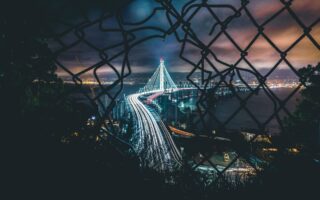 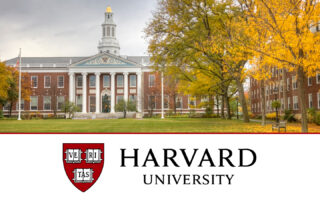